Rather than implementing a new VR Headset for EyeSkills, could we push the price-point down even further, by hacking the standard Google Cardboard V2 design?  That’s one of the questions we explored last weekend at Careable’s first Hackademy!

The standard design has a capacitive button which touches the screen as user input when the user depresses an “origami” lever on the right upper side: 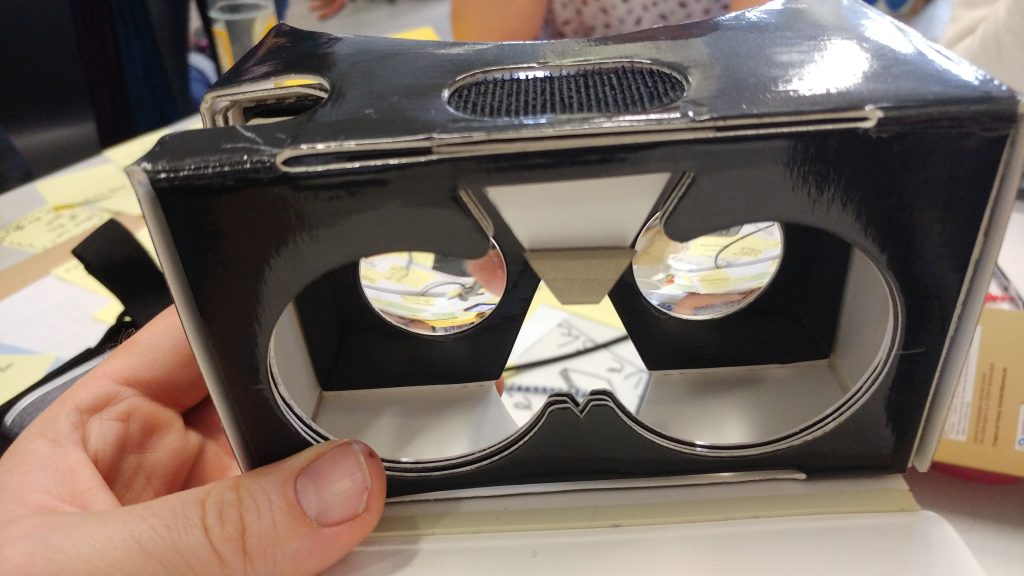 …we figured, why not replace this with a new core capable of supporting on-device eye tracking?  Here’s the first mockup.  The tabs at the bottom represent the cameras, the fuzzy tubes are cables, the yellow foam blocks are the USB connectors, and the purple block is the USB hub (all to correct size). 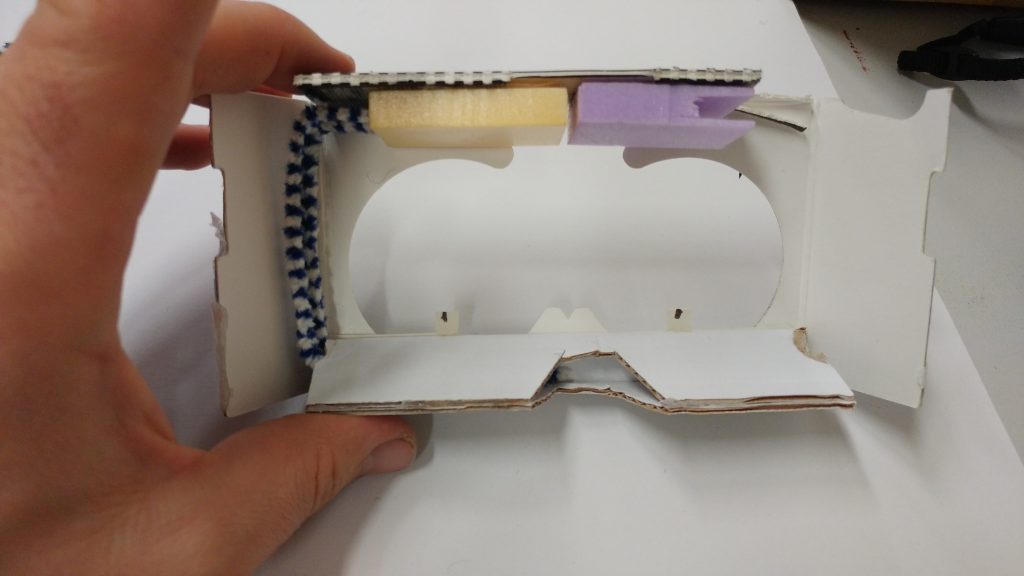 This could be folded back into the existing headset to give us just what we need!

I’m now moving towards programming a parametric model of this interior component which we can prototype using the Hacker Space’s laser cutter.  Very much looking forward to going back there this weekend!!! 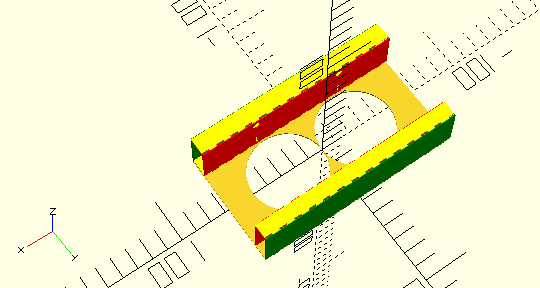 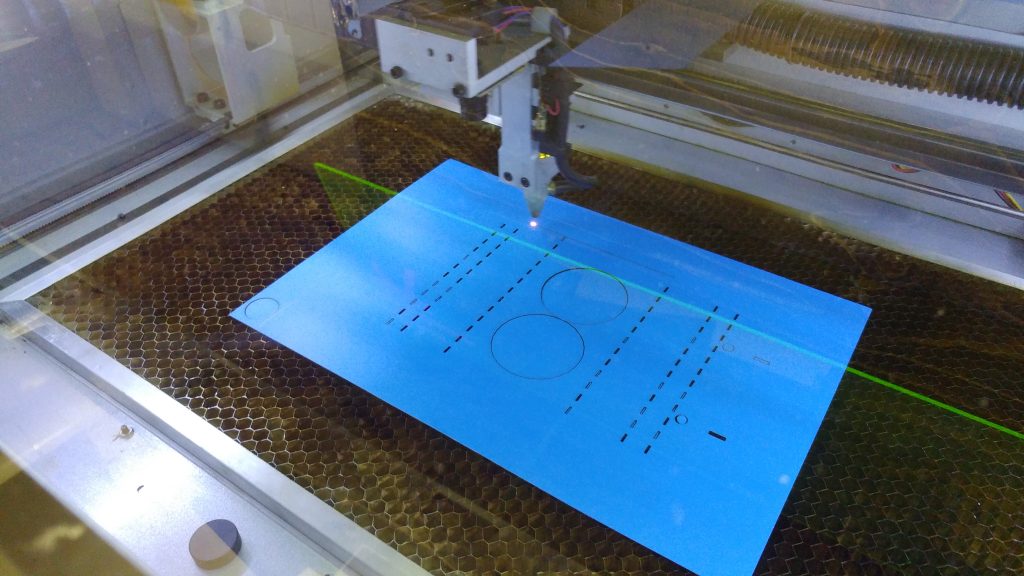 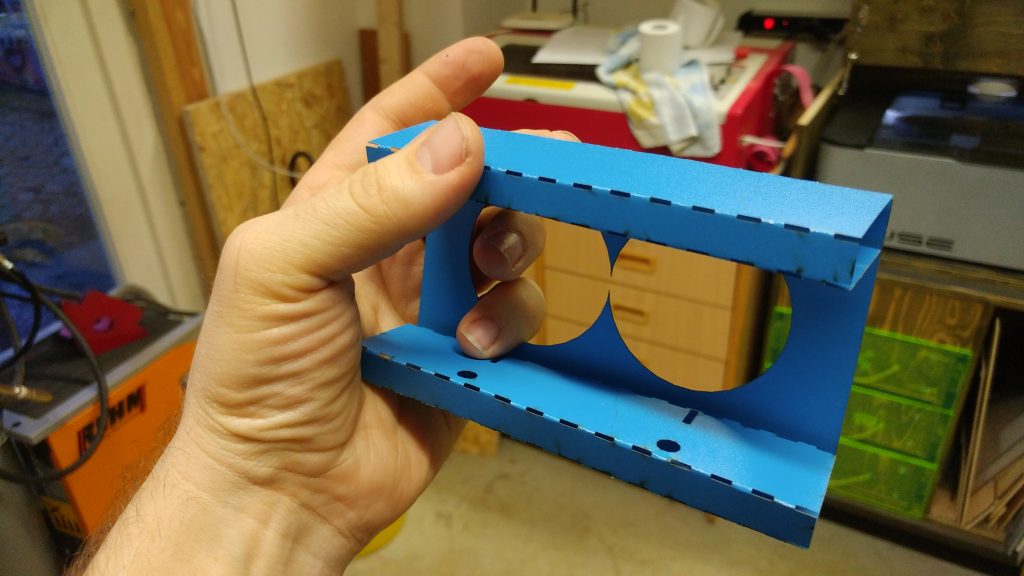 At the same time, other members of the group have been exploring how to modify a standard v2 cardboard to improve both the ergonomics and reduce stray light entering the viewing area (after all, people’s foreheads and noses vary more than you might realise until you start looking closely!!!). 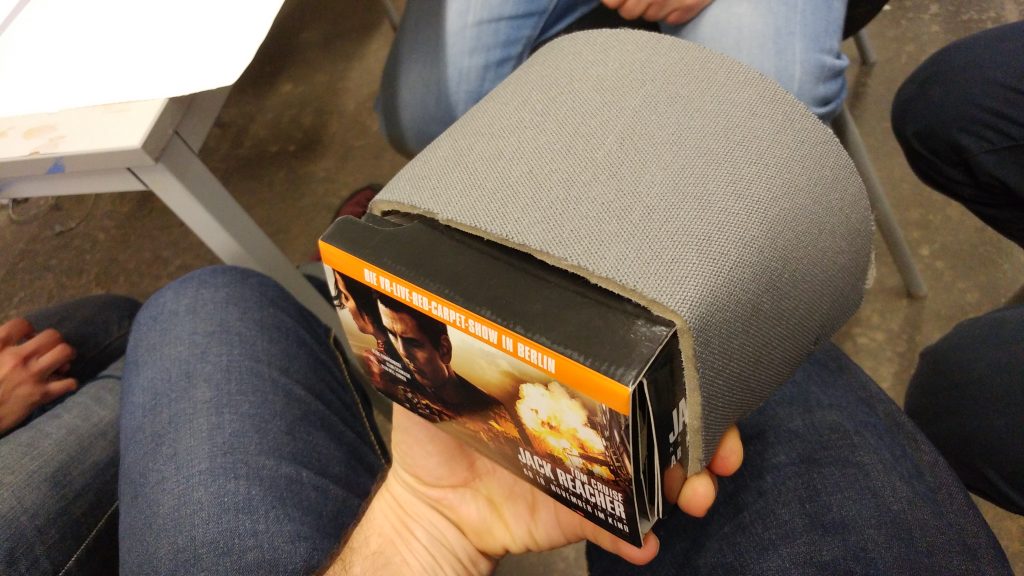 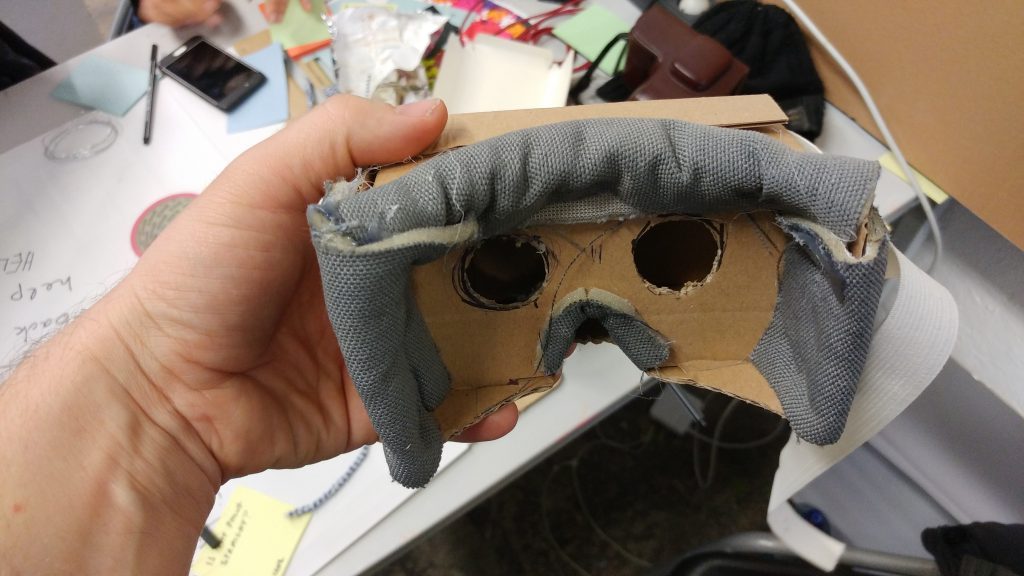 Here we are in Potsdam’s wonderful little Maker Space… 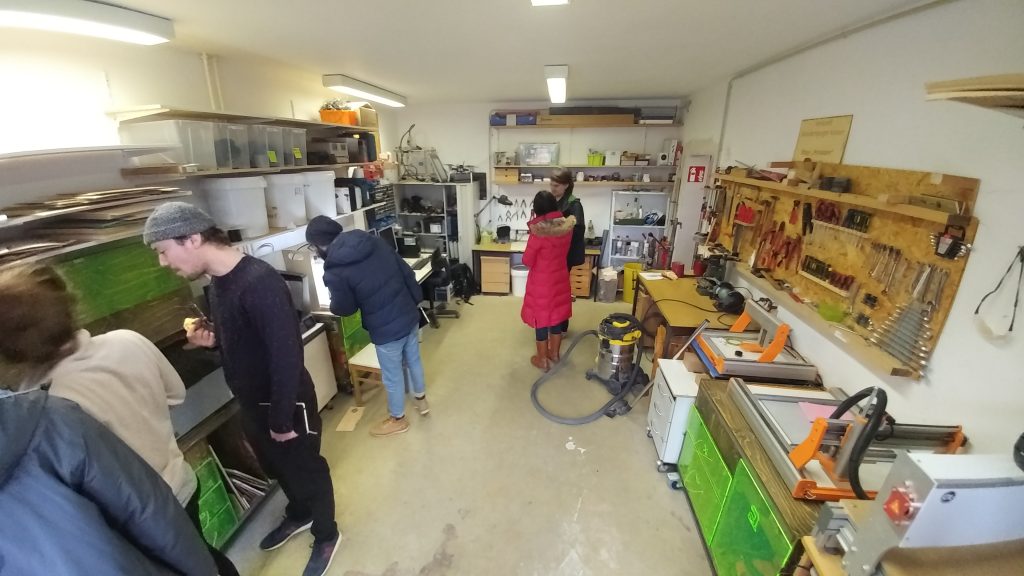 And here are some of the wonderful team explaining what we’re doing to members of other teams at the Hackademy…. 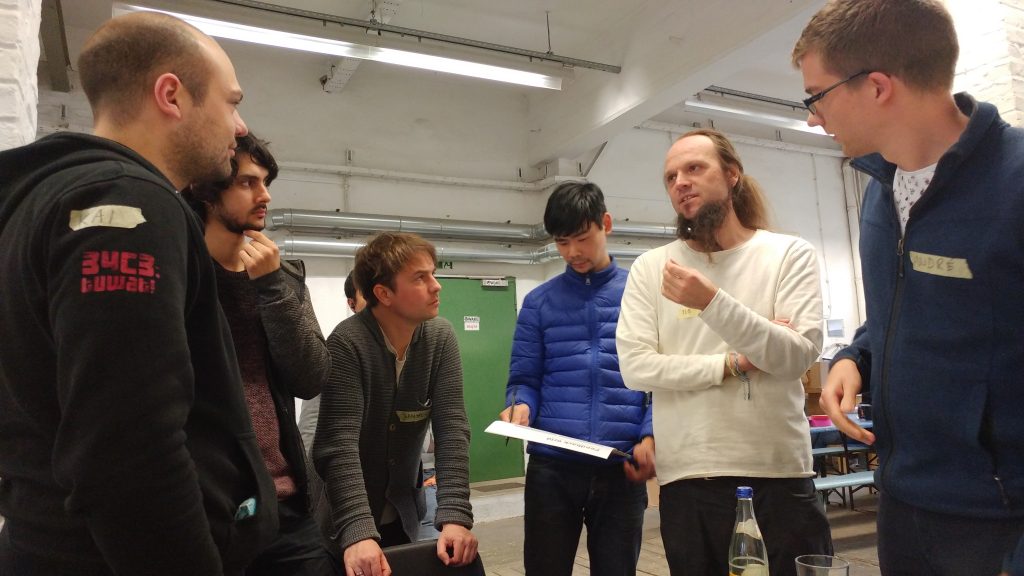 It was an inspiring weekend, but 7am starts and getting back to bed at midnight after solid work three days in a row have taken their toll a little!