Today is the first day of eyeskills.org.  This project was actually started almost three years ago, when my eldest son developed lazy eye at the age of one year old…

Since then vision training has grown from an interesting idea on the edge of the radar, into a credible technique which has generated results with our own son, into something of a mission as ever more people have become involved in the project and our community widens.

Quite early on, it became obvious that the global community is poorly served by the medical community, whilst there are nowhere near enough vision therapists to go around.

After a first attempt to find a team at a Startup Weekend, followed by some great advice from being part of London’s EyeFocus accelerator, EyeSkills then spent a year in Leipzig’s Social Impact Lab, trying to figure out if there was something I could do about this with my background in systems research and software engineering – actually, I spent most of my time quite sure I could do something technical, but asking myself if it was possible to reach people – EyeSkills won a coveted open-source award from the German Government to continue its work and research.

This money is enabling myself, and the team which is forming around the idea, to implement open source tools for the community, and develop the infrastructure and documentation needed for it to take root.

So, thank you very very much to all the people at Social Impact Lab, at the Prototype Fund, at the Bundesministerium für Forschung und Bildung and most importantly, the people in the community who have inspired and pushed us to continue, for your enthusiasm and belief in the project! 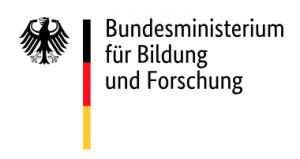